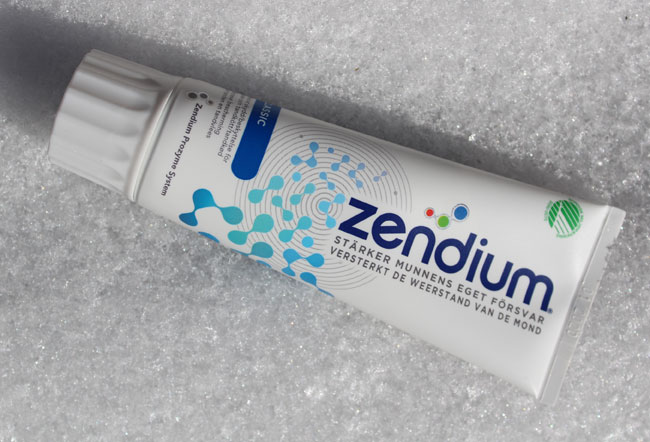 Zendium is a European toothpaste that promotes a healthy bacterial ecosystem in our bodies.

Bacteria are both beneficial and detrimental to our health. If we live in an environment that is too sterile, our bodies cannot fight off the unhealthy bacteria.

Some toothpastes apparently kill off both good and bad bacteria. But not Zendium (or at least that's the claim).

The fascinating thing to me, an American, is that this bacterial-health toothpaste is made by a multinational company, Unilever. In the USA, such products would be sold by small independent companies that have really tiny budgets.

So yeah, bring Zedium to the USA, Unilever! (In contrast, one example of the kinds of toothpaste sold here by Unilever is Closeup - pretty mainstream.)

You can read more about the bacterial benefits of this toothpaste on the Zendium website (in German, but your browser should translate it for you).


Back to the toothpaste... it's white, clean, refreshing and not too sweet. Of course, it'… 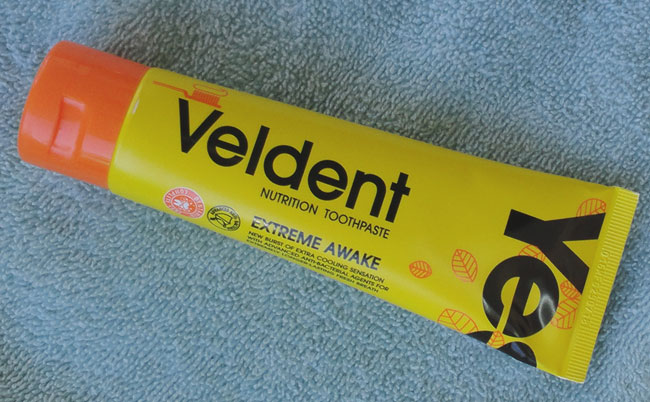 I love the often rough translations into English on the packaging of international toothpastes.

Veldent, from Thailand, has several interesting choices in their marketing messages:
"Nutrition Toothpaste" would imply something you could eat in North American English. Thai English might convey a different meaning.The "Extreme Awake" flavor does not seem to relate to a sleep prevention stimulant, like caffeine. After I ran the website through Google Translate, they claim the toothpaste "awakens your mood in every beginning of each day."Apparently, moisture in the mouth is a thing in Thailand: "Helps increase the moisture in the mouth." (This might be a great toothpaste if you suffer from a dry mouth.)On the box, one of the active ingredients is listed as cyclodextrin, which sounds a bit scary. Wikipedia says it "confers solubility and stability" to other drugs - which would not make it an active ingredient but rather an enhancing ingredien…